A young Zambian man identified as Mpanjilwa Mulwanda, who committed suicide by hanging himself on July 24, barely days after making a joke about it on Facebook.

His death is currently trending on Zambia Social Media and according to multiple Facebook sources, during a chat with his friends on Friday, July 21, he made it known that he was going to take his life but they all laughed it off. Infact some even encouraged him to do it.

He posted a photo with a rope tied around his neck and his tongue out as he posed for a selfie, but friends thought he was just goofing around. 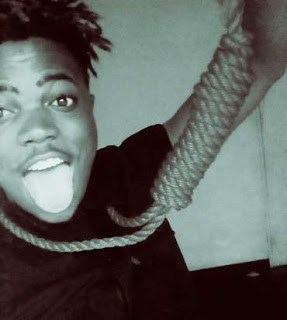 A concerned Zambian, Simon Freeman, wrote on his death, he said:

“I never knew Mpanjilwa Mulwanda personally but after learning what transpired, seemed he mentioned taking his life to his friends who took it as a joke & probably never talked him out as much as they should have.

I know how friendship is but anyway, one thing this has personally taught me is we should learn to encourage love amongst ourselves.

“You never know what people are going through & just a few encouraging words from you could be what would stop someone from doing something unimaginable, we really need more wise & encouraging people for a better tomorrow.

It’s so unfortunate the brother is gone & nothing can be done about that but we can definitely avoid more incidents like this by loving one another more than expressing hate all in trying to seem like a star. R.I.P Mpanjilwa” 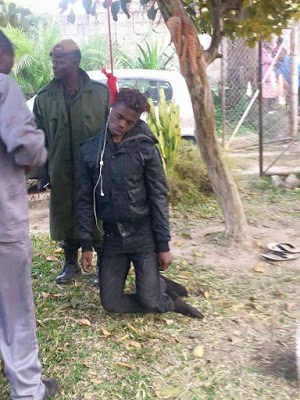 Another Zambian Facebook user, Joseph Kamfwa called on the police to arrest those friends who encouraged him to take his life.

“ZAMBIA POLICE, Do people a favor- arrest and question all those kids who were pushing their friend to commit suicide.

They are as guilty as someone charged with 2nd degree murder. It’s high time Zambians learned limits to conversation”

See screenshots of some of the posts and photos he made on Facebook before taking his life. 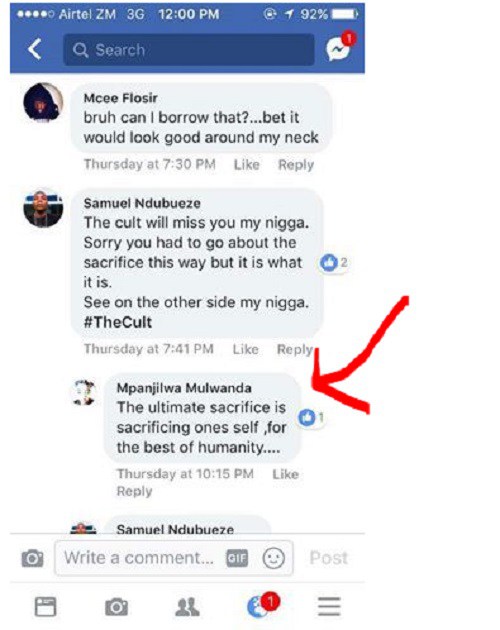 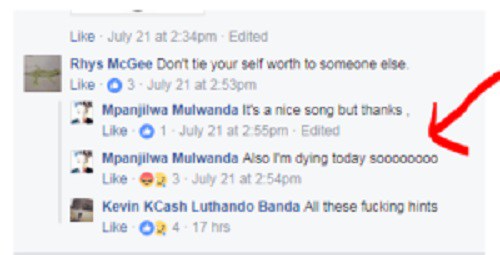 His final post on Facebook, which was on Monday, 24th of July reads ‘FIN’ which is a French word for END. 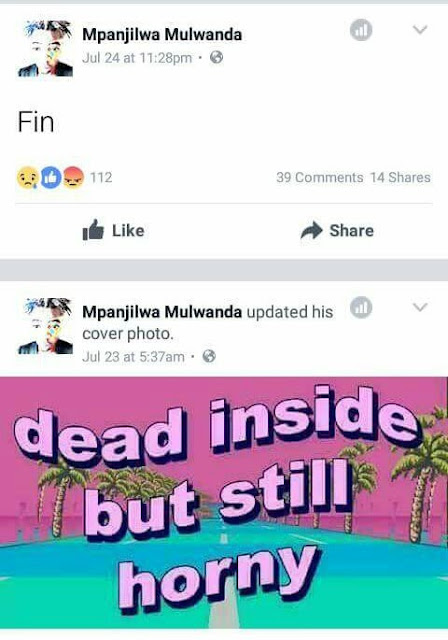 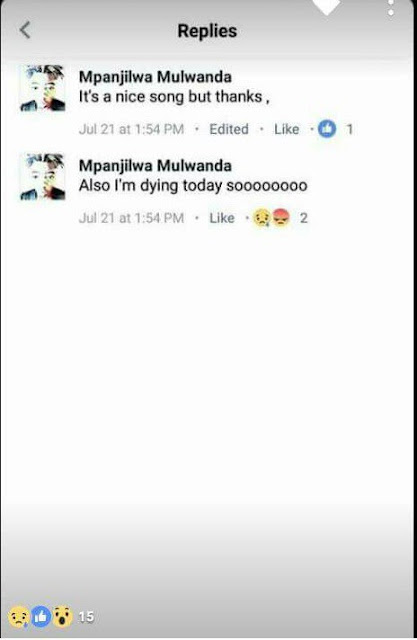 See some comments he received after his death. 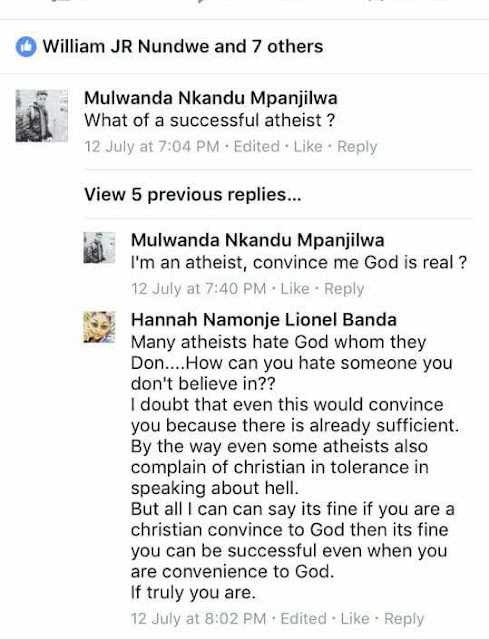 Tell Your Friends About This
Tags:Death, suicide