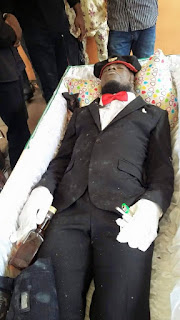 This picture has been in the social media for almost a week, it has drawn some reaction with some condemning it while other hailing the dead man.

The dead man is holding hot drink, cigarette, rolls of marijuana and lighter in his coffin

The dead man belongs a cult were they beleive there uis stuill an after life.

Hot drink, cigarette, rolls of marijuana and lighter was given to him so that he will enjoy his life 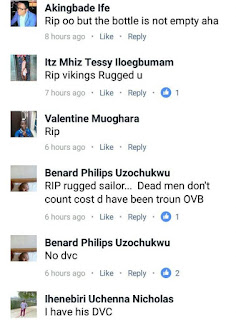 Tell Your Friends About This