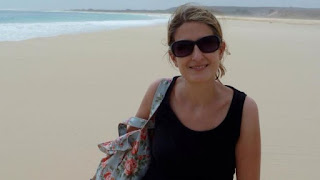 A British woman who was shot after she reportedly traveled to a favela by mistake has been named as Eloise Dixon.

Ms. Dixon, her partner, and their three children were driving in Angra dos Reis when their car was approached by an armed group, Brazilian newspaper O Globo reported.

According to the paper, she was shot in the abdomen on Sunday but her injuries are not thought to be life-threatening.

The rest of the family were unhurt, the paper reported.

O Globo said the family had apparently been searching for water to buy in Angra dos Reis – a coastal resort about 90 miles (145 km) from Rio de Janeiro.

According to the O Dia newspaper, they ended up in the Agua Santa – or holy water – community because of a difficulty in understanding the language.

The slum area is known to have drug traffickers.

Authorities told O Globo the family was shot at after they were told to leave their car by armed men but did not understand the request.

One bullet was aimed at the head of Ms. Dixon, who was sitting in the front passenger seat, but missed, while two others hit her in the abdomen. Neither of them hit any vital organs.

The director of the hospital where she was treated told Brazilian media she was lucky to have survived.

Ms. Dixon, from south-east London, is now reportedly in a stable condition after she underwent surgery in hospital.

A UK Foreign Office spokesman said: “We are assisting the family of a British woman who has been hospitalized in Angra dos Reis, Brazil.

Tell Your Friends About This
Tags:British, lost, shot